Robert W. Burrage and the RWB Construction Management team have been watching as the tragic saga of Hurricane Dorian’s aftermath unfolds. Amidst the heart-wrenching accounts of sorrow and loss are a growing number of incredible tales of bravery, heroism, and sheer human determination. Although Dorian’s wrath was not delivered solely to the Bahamians, being such a close neighbor to Grand Bahama Island (only 50 miles due east from the RWB office in South Florida) the focus has been there and on the Abacos, as well. 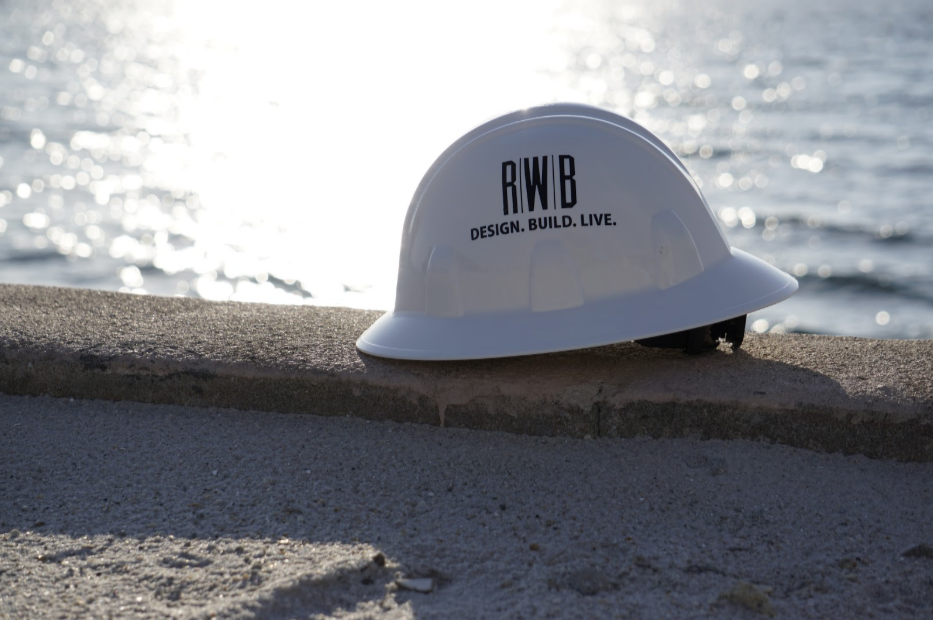 Robert Burrage and the RWB team are no strangers to these tropical events and the devastation they wreak on their victims. Last year, the team’s monumental project was the construction of the two-building school on Virgin Gorda, British Virgin Islands, after Hurricane Irma destroyed their only school in September of 2017. Additionally, the private financier for that project suffered substantial damage to their Virgin Gorda residence, a sprawling luxury estate home that looms, cliff-side,75 feet above the ocean. That elevated, open exposure turns a cat 5 hurricane into a heat-seeking missile.

The decision was made to incorporate some local companies and contractors for various aspects of the residential work, with Robert W. Burrage and RWB Construction Management as the general contractor overseeing its entirety. Stone cladding, stucco, decking, roofing, windows, doors, paint and stain were all restored according to the specifications of the construction documents from several years earlier. Railings, generator, hot water heaters, entry gate motors, armor screen systems were all repaired or replaced and installed. Great effort was expended to maintain the original materials and design integrity while making astute improvements to limit future storm damage.

Robert W. Burrage now reflects on that project and the logistical challenges that were presented because of the location. Grand Bahama Island and the Abacos would present similar complexities, but the distance is far less. With conditions as they currently are and flood water still standing in Grand Bahama neighborhoods like The Mudd, the question is when will the agonizing recovery efforts on the island be complete so that hope can be restored, and rebuilding can begin.